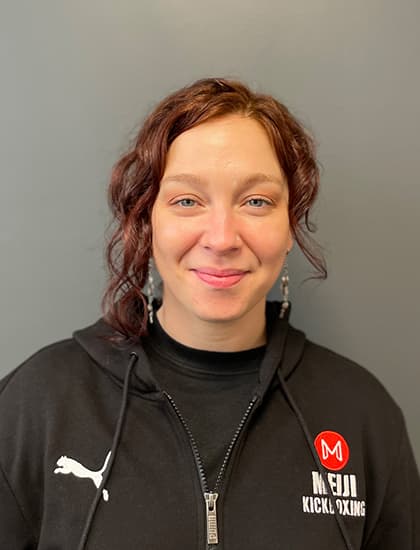 As a young child, I embraced and enjoyed practising karate, but it wasn't until over a decade later that my love of Brazilian Jiu-Jitsu was ignited. I began learning in 2006 and continued for three years, where I would eventually earn my blue belt.

After marrying my 'Spurs-supporting husband, I left the States for the UK in 2012. However, it wasn't until 2018 when I finally continued my BJJ journey, under the tutelage of Abel Martinez. It has been a thrill and a joy ever since, and now I have the absolute pleasure to continue learning and to share my passion as part of Team Meiji