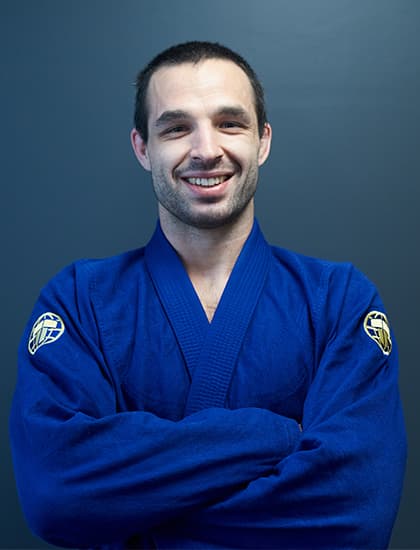 I came to London in 2016 with a friend, found a job and was persuaded to go with him to the gym regularly. I grew to like exercising and kept it up after he left the UK a few months later. After couple of years lifting weights and making good progress, I realised that being in shape doesn't mean that I could defend myself.

In 2018, I joined a martial arts dojo in Swiss Cottage and did Brazilian Jiu-Jitsu under coach Abel, as well as kickboxing. I loved the technical side, as well as the camaraderie of the team. After a year and a half of training and a couple of BJJ competitions, I got injured during training camp, which forced me to take three months off. I went back to just BJJ afterwards, so I got more invested in it.

There is so much to learn. I'm always eager coming to classes, and take home a little piece of the puzzle every week, learning what coach Abel has to show and improving until I master the move and dominate my training partners (for a short while, until they figure out a defence and I get beaten again, and so the cycle of learning starts over).